Hypophosphataemia means low levels of phosphate in the blood. Phosphate is a mineral that is essential for the normal formation of bones and teeth.

In most cases, the signs and symptoms of hereditary hypophosphataemia's (hypo-phos-phat-emia) begin in early childhood. The characteristics of the disease vary widely, even among affected members of the same family. Mildly affected individuals may have hypophosphataemia without other signs and symptoms. Severely affected children experience slow growth and are shorter than their peers. They develop bone abnormalities that can interfere with movement and cause bone pain.

The most noticeable of these abnormalities are bowed legs or knock knees (a condition in which the lower legs are positioned at an outward angle). These abnormalities become apparent with weight-bearing activities such as walking. If untreated, they tend to worsen with time.

Know more about XLH – A video produced by ANDO and the International XLH Alliance.

Other signs and symptoms of hereditary hypophosphataemia’s can include premature fusion of the skull bones (craniosynostosis) and in rare cases structural defects to the base of the skull and cerebellum (chiari malformation).

Dental abnormalities such spontaneous abscessing without trauma or poor hygiene as a result of defects in the dentin along with enlarged pulp chambers may also occur.

The disease may also cause abnormal bone growth where ligaments and tendons attach to joints (enthesopathy). In adults, hypophosphataemia is characterised by a softening of the bones known as osteomalacia.

What is the most common hereditary hypophosphataemia?

X-linked, dominant, hypophosphataemia (XLH) is a rare genetic disorder caused by inactivating mutations in the PHEX gene (phosphate-regulating gene with homologies to endopeptidase on the X chromosome). XLH, first described by Albright in 1937, is the most frequent form of hypophosphataemia, with a prevalence of 1/90.000.

Chronic low serum phosphorus levels lead to defective bone mineralisation and, consequently, to rickets in children and osteomalacia in adults. During the first 1–2 years of life, children with XLH may present bowing of the weight-bearing extremities, frontal bossing, and short stature. Others clinical manifestations, such as joint pain, arthritis, enthesopathy (calcification of ligaments and their attachment to bone), dentin malformation, and recurrent spontaneous abscesses of the teeth may occur with increasing age. Radiographic features include: genu varum, widened metaphyses, bilateral femoral distal metaphysis epiphyseal line blurred, and a general decrease in bone density.

What are ultra rare hereditary hypophosphataemia's?

Another rare type of the disorder is known as hereditary hypophosphataemic rickets with hypercalciuria (HHRH). In addition to hypophosphatemia, this condition is characterised by the excretion of high levels of calcium in the urine (hypercalciuria).

How are you diagnosed?

In children the first thing that is noticed is that there is some bowing of the legs.  It can be missed initially as normal toddlers can have a degree of normal ‘physiological’ bowing but this is normally mild.  There are other clues however.  The children may walk late or have pain in their legs.  There may be swelling of the ankles, knees and wrists and they may start to walk with a waddling gait.  These are all signs of rickets and many times children are misdiagnosed as having vitamin D deficiency rickets.

Normally the diagnosis of rickets is made by radiographs.  Once rickets is diagnosed and vitamin D deficiency is ruled out then the diagnosis of hypophosphataemic rickets is confirmed using paired urine and blood tests.  This looks at how much phosphate is being lost in the urine on the background of a low blood phosphate level (inappropriate phosphate wasting).  Other clues to the diagnosis is that the children often have tooth abscesses or there may be affected family members.

The key to making the diagnosis is the doctor thinking about this as a possibility.  Sometimes the phosphate can be in the lower part of the normal range and children can go for many months and years before someone looks more closely.

After establishing the clinical diagnosis, the genetic diagnosis can be made.  Most of the time it is due to a mutation in PHEX but there are other genetic causes of hypophosphataemia.

How are you treated?

Visit our Treatment page to find out more information.

Visit our Resources page for information on European clinical guidelines and clinical centres of excellence.

Autosomal Dominant Hypophosphataemia (ADH) is a rare genetic disorder of phosphate homeostasis, caused by heterozygous point mutations at amino acid residues 176 or 179 in fibroblast growth factor 23 (FGF23). ADH is characterised by impaired mineralisation of bone, rickets and/or osteomalacia, suppressed levels of calcitriol (1,25-dihydroxyvitamin D3), renal phosphate wasting, and low serum phosphate. This disease is the less common form of hypophosphatemia, and has an incomplete penetrance and variable age of onset. Fluctuations in FGF23 concentration correlate with disease severity. Recent studies have revealed that iron could be one of the factors contributing to the regulation of FGF23 expression. Low iron levels were shown to correlate negatively with FGF23 levels in ADHR patients.

Treatments for ADH include: daily oral administration of phosphate and calcitriol, which prevents secondary hyperparathyroidism. Moreover, it is recommended a frequent monitoring of height, calcium, alkaline phosphatase, parathyroid hormone, and phosphate serum levels, urinary calcium and creatinine. In some cases, corrective surgery of skeletal deformities may be necessary.

Vitamin D hydroxylation-deficient type 1A (VDDR1A) is a rare autosomal recessive disorder caused by mutations in the CYP27B1 gene, resulting in 1α-hydroxylase enzyme deficiency. Two forms of vitamin D exist: ergocalciferol (vitamin D2) and cholecalciferol (vitamin D3). Both forms of vitamin D need two-step hydroxylation to become biologically active. The first step occurs in the liver where vitamin D is hydroxylated to 25-hydroxyvitamin D 25(OH)D by several hepatic enzymes having 25-hydroxylase activity, and CYP2R1 is the major enzyme. The second step of hydroxylation occurs mainly in the kidney, where 25(OH)D is hydroxylated by the mitochondrial 25-OHvitamin D-1α-hydroxylase to the biologically active hormone 1,25-(OH)2D. The 1,25-(OH)2D plays a central role in calcium homeostasis, bone metabolism, and on cell proliferation and differentiation of a variety of tissues. Alteration of vitamin D metabolism causes defects in the growth plate and bone demineralisation, resulting rickets in children and osteomalacia in adults. Clinical manifestations of VDDR1A include: hypotonia, short stature, muscle weakness, hypocalcaemic seizures in early infancy and rickets. Until now, over 60 mutations have been described in different ethnic groups. Certain mutations are more frequent in certain ethnic groups. Radiographic findings include: widening of the distal physis, fraying and widening of the metaphysis, and angular deformities of the arm and leg bones.

Treatment: Consists of administration of large doses of vitamin D and calcitriol. The potential complications of therapy are: nephrocalcinosis, hypercalciuria, and hypercalcemia. Therefore, regular checks monitoring of physical and biochemical examination, and renal ultrasound are required.

Vitamin D-dependent type 2A (VDDR2A) is an autosomal recessive disorder caused by mutation in the gene encoding the vitamin D receptor (VDR). Signalling via this receptor regulates gene expression in 1,25 OHvitamin D3-responsive cells. It is characterised by hypocalcemia, due to reduced intestinal absorption of calcium, with secondary hyperparathyroidism and hypophosphataemia. Hypocalcemia and hypophosphataemia impair normal bone mineralisation leading to childhood rickets. Other clinical manifestations include muscle weakness and convulsions caused by hypocalcaemia, and in many cases alopecia.

Vitamin D-dependent type 2B (VDDR2B) is an unusual form of Vitamin D-dependent rickets due to abnormal expression of a hormone response element binding protein that interferes with the normal function of the VDR, without mutations in the VDR coding region. Hormone resistance resultes from constitutive overexpression of heterogeneous nuclear ribonucleoprotein (hnRNP) that competed with a normally functioning VDR-retinoid X receptor (RXR) dimer for binding to the vitamin D response element (VDRE).

Tumour-induced Osteomalacia (TIO) is an ultra rare disease caused by typically benign, slow-growing tumors that produce excess levels of FGF23, which is involved in phosphate reabsorption. Patients with TIO can experience symptoms including severe hypophosphataemia (low levels of phosphate in the blood), osteomalacia (softening of the bones), muscle weakness, fatigue, bone pain and fractures. There are an estimated 500 to 1,000 people in the United States with TIO, and approximately half of all cases are believed to be inoperable. The tumours can arise in bone or soft tissue, occur from head to toe, and are typically very small in size, locating these tumors is often quite challenging. In patients for whom the tumour or lesion is inoperable, the current treatment consists of oral phosphate and/or active vitamin D replacement. Efficacy of this management is often limited, and its benefits must be balanced with monitoring for potential risks. 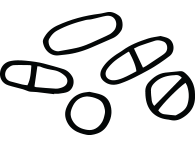 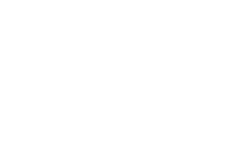 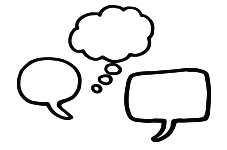